Hey everyone, sorry about the lack of devlogs in... months. We got the new 0.33 release out yesterday so thought I'd take this opportunity to try to quickly get people up to speed. In this update specifically we've got a small new early game quest that you can access as well as a new treat for those of you who enjoy.... New characters let's say. 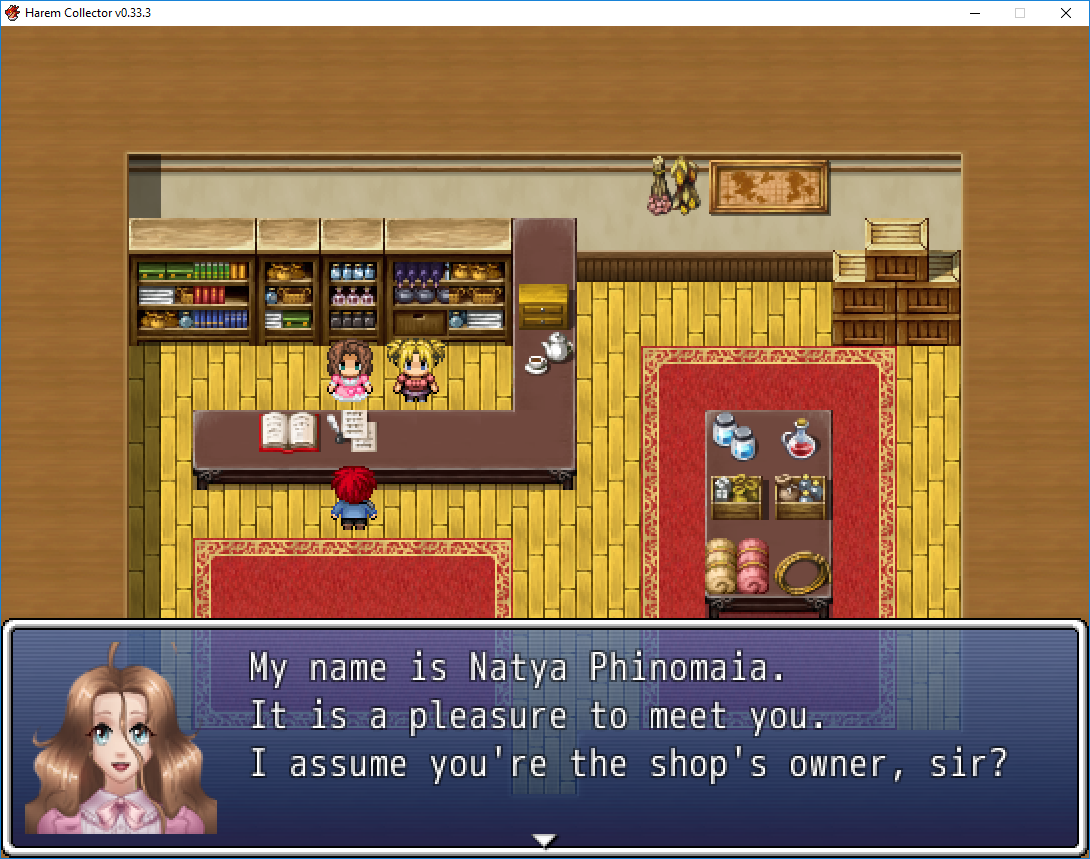 Oh I think we'll be owning a bit more than just the store here..

So for a more full list of what's been added to the game since my last devlog, I'll link to the change log of each version that's been released since. These were all posted here as they came out, but I seriously fell behind on giving you all devlogs! Changes in the 0.31 release, changes in the 0.32 release, and changes in the 0.33 release. I plan to avoid falling this far behind by cutting down some on the length of the devlogs that I make, potentially the frequency as well, but I fully intend to release one for important updates to the game or community as a whole.

Another thing that some of you fans might want to keep in mind is that with May coming up you should try to keep an eye out for the upcoming Iron Waifu 2018 tournament! As with previous years we're looking forward to seeing who you fans want to win, and this year's bracket is looking to be the toughest yet! Hope to see you all soon!